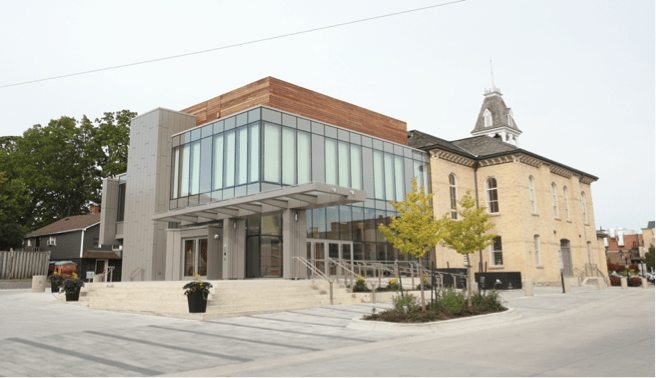 All of these companies plan their seasons a year in advance, after all there is picking the scripts, casting, rehearals, promotion and actual seating.

Last summer, theatres big and small were restricted to 50 people. Many theatres just abandoned their seasons. Some tried the small audiences, like in Orillia, but it was not a money-making venture. Most count on ticket sales as a major portion of revenue. There is little public support for not-for-profit theatre companies, unfortunately.

ACT-CO (Association of Community Theatres in Central Ontario) and it’s esteemed president Anne Currie-O’Brien has been kept quite busy during the pandemic as some theatre companies it represents have just had to fold under Covid-19 pressures. Some were lucky to receive grants, thanks to the activities of ACT-CO, when the Canada Council for the Arts dispersed $55 million from a Covid-19 Emergency Fund last May and June. This meant they didn’t have to fold as some of these troupes had to and had been around for years and years.

Mirvish Productions, Canada’s largest commercial theatre producer has released the information that it is planning on this Fall to launch its subscription series. I guess Mirvish feels that the vaccines will all be administered by then. Moving forward a little sooner, the Stratford Festival, the country’s biggest not-for-profit theatre company is planning a reduced season beginning in June of this year, in open tents to audiences of 100 at first. (Of course, this all depends on the new guidelines for theatres for this coming summer from the Provincial Government).

Even moving sooner, the Shaw Festival on Niagara-on-the-Lake is aiming to kick off live in-person and indoor events to 30 per cent capacity this coming May. This may be a tad too aggressive for the Provincial Government. It’s a wait and see attitude now – all depending on rapid these vaccines can be administered. The big news is that the Federal Fall Economic Update included $181.5 million for the Department of Canadian Heritage and Canada Council to support the planning and presentation of Covid-free events. Unfortunately, there have been no clues as to how the money will be broken down or distributed. People like the Fourth Line Theatre troupe in Kawartha Lakes would benefit from such monies, where Canadian-themed plays are produced outside in the summer.

Don’t forget that the massive Prince of Wales Theatre in Toronto was under the same restrictions as all other theatres when Premier Doug Ford announced a maximum audience of 50 patrons. This just wasn’t workable for many theatre companies. As a result, most community theatre companies that did survive because they had money in the bank, have turned to putting on plays via-Zoom. The Richmond Hill Curtain Club has been utilizing Zoom quite successfully and has a large following. This is not to mention the online presentations by Stratford and Shaw.

The Very Useful Theatre Company, which hosts the prestigious Newmarket International of One Act Play Festival each year, had to abandon its plans for 2020, but it is planning a huge re-launch in 2021. It is scheduled for May 2021 at the fabulous Old Town Hall, but news from the Town is that the notable Festival may be changed to the fall. Stay tuned to this website for more information!

–with files from J. Kelly Nestruck