The Selection Committee for the Newmarket International Festival of One Act Plays has chosen the plays that we hope to be featured in the 2022 festival, which will again be held at Newmarket’s Old Town Hall Auditorium, located at 460 Botsford St. in Newmarket, Ontario, Canada running from September 8 – 11 . The committee, which had been busy reading the over 80 one act plays that were submitted from around the globe over the past several months, had first whittled down the list to 20, and finally to 9 plays, plus the NIFOAP Young Actors Company matinee which will be showcased in the festival.

The process of narrowing the entries was extremely tough as there was such a strong array of plays to consider. In the end, the seven member committee not only had to decide which plays were the best written in their opinion, but also had to ensure a variety of genres were represented, as well as consider subject matter, audience preferences and play length, so theatre goers would be able to experience the best bang for their buck. It’s unfortunate that some really good plays ultimately got left out, and the selection committee certainly wasn’t unanimous in their choices, but in the end the committee made the picks they felt could be best executed. View Video announcement of the winners here. 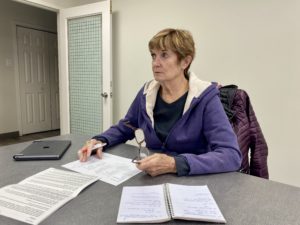 So, without further ado, we are excited to announce the 2022 play selections!

Congratulations to all those who made the playbill and a huge thank-you to all those playwrights who entered!