Donation to the Rotary Club of Newmarket

Following the very successful Newmarket International Festival of One Act Plays in 2017, President John Dowson and Board member Doris Keppler of The Very Useful Theatre Company made a donation to the Rotary Club of Newmarket. VUTC hosts and annual Festival at the Old Town Hall in historic downtown Newmarket each year. 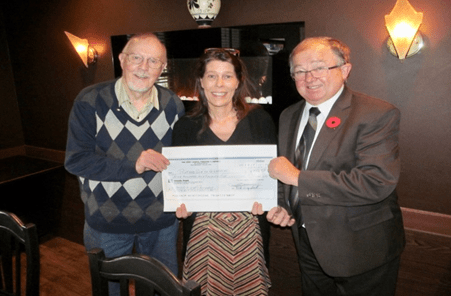