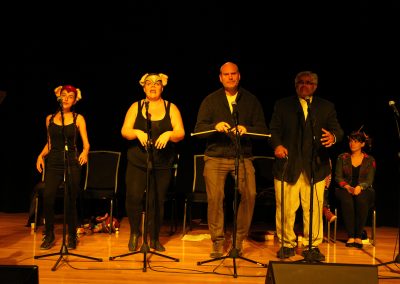 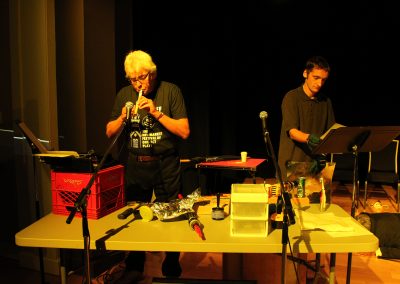 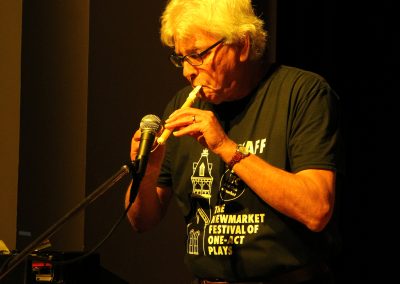 The ambitious Very Useful Theatre Company, in partnership with the Rotary Club of Newmarket is presenting not only the Newmarket Festival of One Act Plays, but has planned a tremendous Gala for the World Premiere of ‘Ace Galaksi: Space Dick At Large’, for Thursday, Oct. 5, 2017 in the heart of Newmarket.

This is a momentous event for the sleepy town of Newmarket, featuring the set-in-space comedy, ‘Ace Galaksi’, done like an old-time radio drama, written by upcoming hilarious playwright Maissa Bessada of Aurora, in the Snap’d Auditorium in the completely refurbished Old Town Hall.

This off-the-wall piece is co-directed by Maissa Bessada and Lilita Tanis. Mix and mingle prior to the show with canapés and a cash bar, then theatre patrons get to meet the stars and playwright following the performance. Sound good? You bet!

The festivities continue on Friday night, at 7 p.m. with two One Act Plays — ‘A Little Something For the Ducks’ by Jean Lennox and directed by York Region’s own Kay Valentine. This ageless comedy is followed up by the hilarious Norm Foster play, ‘Death of Me’, directed by Newmarket’s man-about-town John Dowson. Foster, who was born and raised in Newmarket, is Canada’s premiere playwright and has given permission for his play to be used in this Festival.

If that isn’t enough, Saturday night the Festival continues, first with the second performance of ‘Ace Galaksi: Space Dick At Large’ (in case you missed the Gala), followed by the second showing of ‘A LIttle Something For The Ducks’, written by Jean Lennox Toddie and used with permission of Samuel French Ltd.. Both Friday and Saturday nights will feature a cash bar for your convenience for these stellar performances! Doors open all three nights at 7 p.m. at the fabulous Old Town Hall venue.

The Very Useful Theatre Company is a not-for-profit organization, the goal of which is to encourage and facilitate the performing arts and to utilize theatrical performances as fund-raising events for charitable organizations in our community.