Newmarket International Festival of One Act Plays-2019 Wrap Up 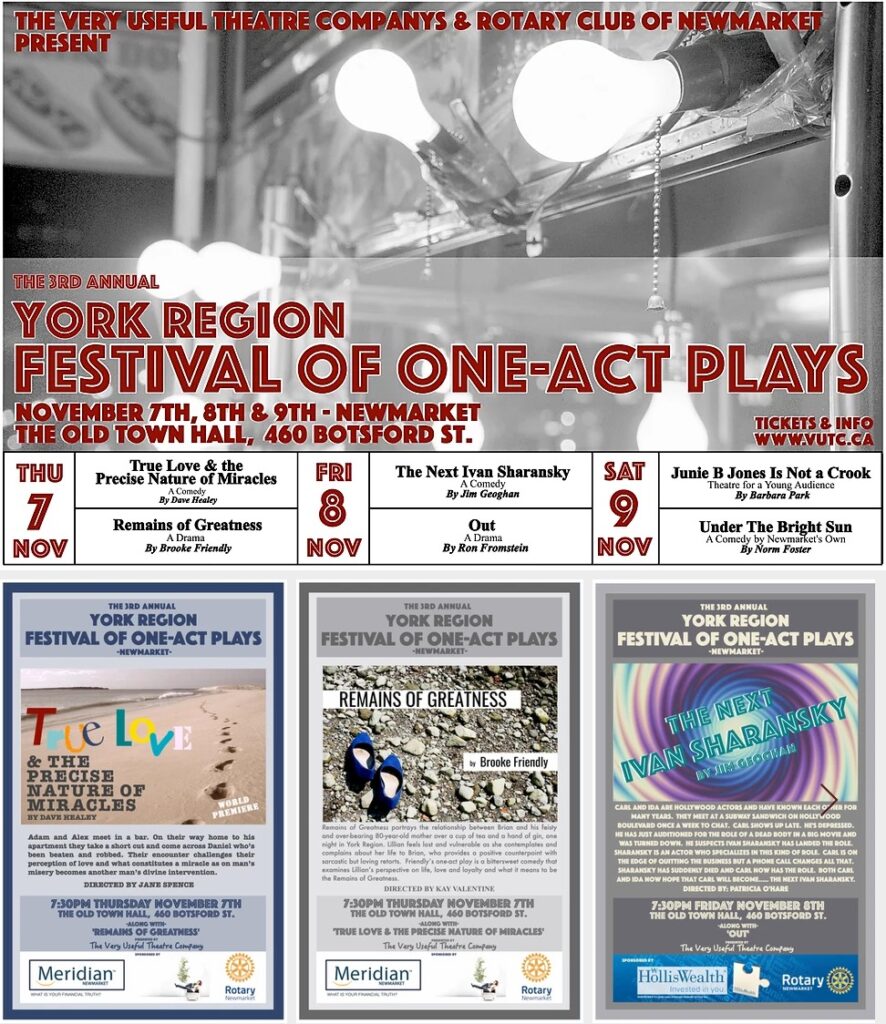 Bruce Williamson of Aurora won the ‘Ross’ Award for Best Production by a Director in the 2019 edition of the Third Annual York Region Festival of One Act Plays. The award for Best Performance by an actor was given to Fabian Levy-Hara of Richmond Hill in his performance in ‘OUT,’ which also won for Best Emerging Playwright given out to Ron Fromstein of Toronto.

The Third Annual Festival of One Act Plays ran over three nights, wrapping up Saturday, Nov. 9 with the awards ceremony. It saw more than 300 theatre patrons over the three nights at the historic Old Town Hall in Newmarket.

It featured six plays, two one-act plays each night, and three World Premieres. All funds raised by this Festival go back into the community. Tickets for this annual event were only $15 a night or $40 for a three-night pass. 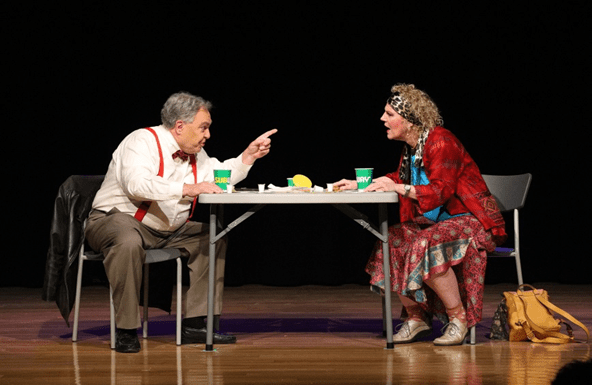 Robert McNeely as Carl and Laurie Laing as Ida in a scene from The Next Ivan Sharansky, as part of the recent Newmarket International Festival of One Act Plays.

John Dowson, head of FAC, and past-president of the VUTC, wanted to “express my sincere thanks to the members of the Festival Artistic Committee for their outstanding contribution to the one act play festival. It takes many people to put on the festival and they are all volunteers who gave of their time and money to produce these six plays.”

“Hats off to Rod Urquhart,” he continued, for his “illustrious” public relations, and also VUTC President Paul Bath, who raised the sponsorship monies and “kept the festival going.” Dowson offered his “distinct thanks” to the members of the Festival Artistic Committee, five of whom cast and directed five of the six plays – and five of the six directors were female!

The Festival Artistic Committee Directors were:

That wraps up another year for the One Act Play Festival – stay tuned – for next year; many changes are planned, including putting the Festival on stage earlier in the year! And as Dowson concluded, “Thanks so much to everyone who came out to see the wonderful plays. See you next year! And, we definitely broke a leg.”