I’ve begun to get excited about this year’s festival. And it’s a result of the enthusiasm and energy seeping off those involved in this year’s event –  from Board Members, to Cast, to Directors, to Stage- Hands, Set Decorators and Camera Crew to as well our  new VUTC Young Players Company. For me, I began to really feel it at our last “Zoom meeting” when I could hear the excitement and emotion emanating from our youth company guru, Kira Rosenbloom, who also Directed Gilda last year and is spearheading the new V.U.T.C. Young Players Company – which we ran free workshops this summer. The new youth branch has now written three plays – including two new plays gleaned from our workshop, Deadly Scoop as well as, If Covid Happened in the 80’s, and another, Emotional by Instructor and Mentor Kira, who bubbled with excitement about how these young creators excelled in the workshops for young Actors, Directors and Playwrights using various fun tools while doing so. And of course, most exciting of all, with 3 new world premieres and stage opportunities for tons of kids – not to mention two debuting Directors and three debut Playwrights which all will be featured in our Sunday Sept 11 Matinee show! 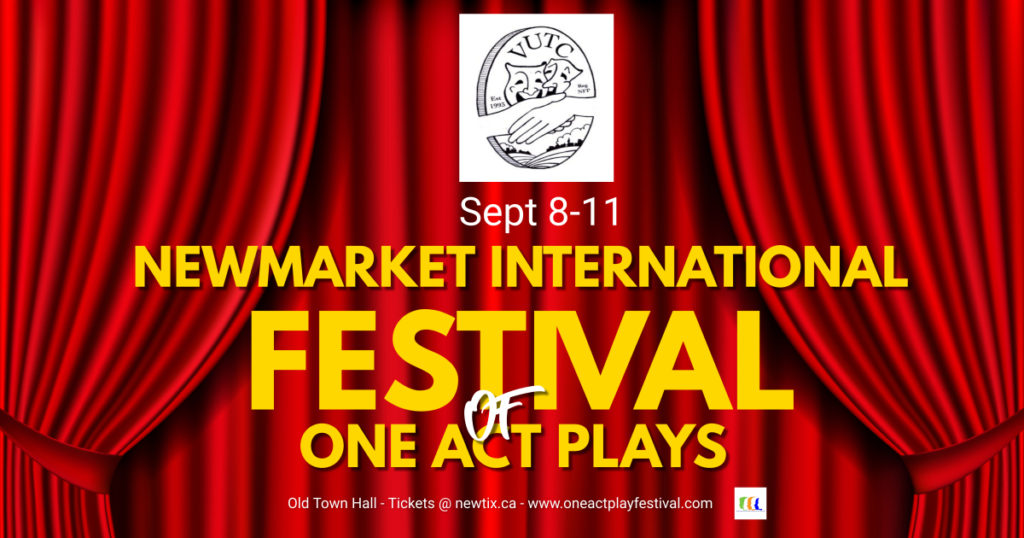 You can support live local theatre and / or Win Tickets

The next night we began recording our first in a series of video-interviews of participants in the festival – of the Actors, Directors, Sponsors and Founders, taped from Cachet Supper Club‘s private party room, which they were nice enough to allow to use and with its window facing the Fairy Lake water fountain, made for a fantastic back drop. Last year, Cachet provided the hospitality services for the festival, of food and drinks for before the show’s intermissions, and the opening night kick-off party which was also very well received by attendees including the Newmarket Mayor, John Taylor, as well as Newmarket – Aurora M.P., Tony Van Bynen. 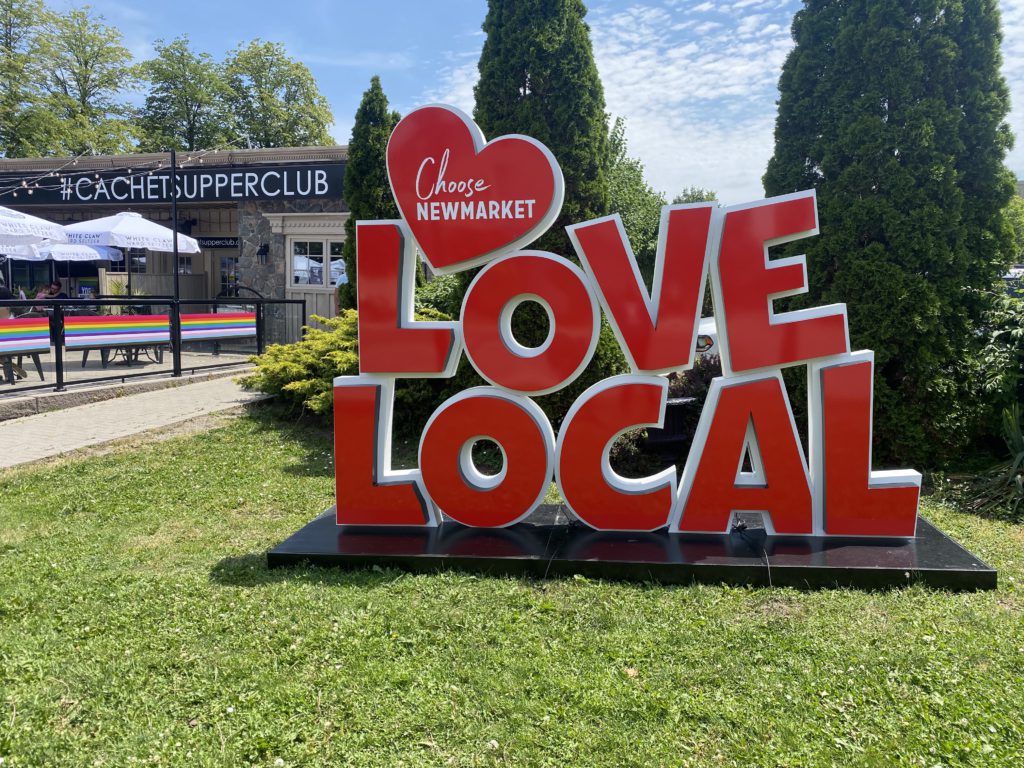 Each interviewee during our recordings also exuded great passion and enthusiasm for their production’s such as the Director of Ug and the Boar ( Also known as Ug and The First Play Ever Written, by Playwright Jim Geoghan) Dale Sheldrake, who said “he originally hoped he’d hate the play”, being so busy, but found he didn’t, and instead in fact, loved the comedy. He was then followed by the equally enthused Joan Burrows who is directing, The Booth, another comedy, by Playwright Val Stulman. Joan was almost as enthused by the fact it was also a female Playwright’s play she was directing as the play itself. Almost. ” Being on the reading committee, and after reading through 85 or so plays they began to wear on me, but The Booth made me laugh out loud”. Joan shared that she re-read it to be sure, and then knew she had found the play that spoke to her. And you can hear in her voice. Ditto all the Actors who participated in the interviews. In fact, even our mild mannered Cameraman, Brian, could hardly contain his enthusiasm about the festival and its components. He is also an integral part of the team, additionally to be working his camera during our live streaming broadcast, as well as editing the interviews for use during the plays’ intermission which will be live-streamed from our Facebook page. 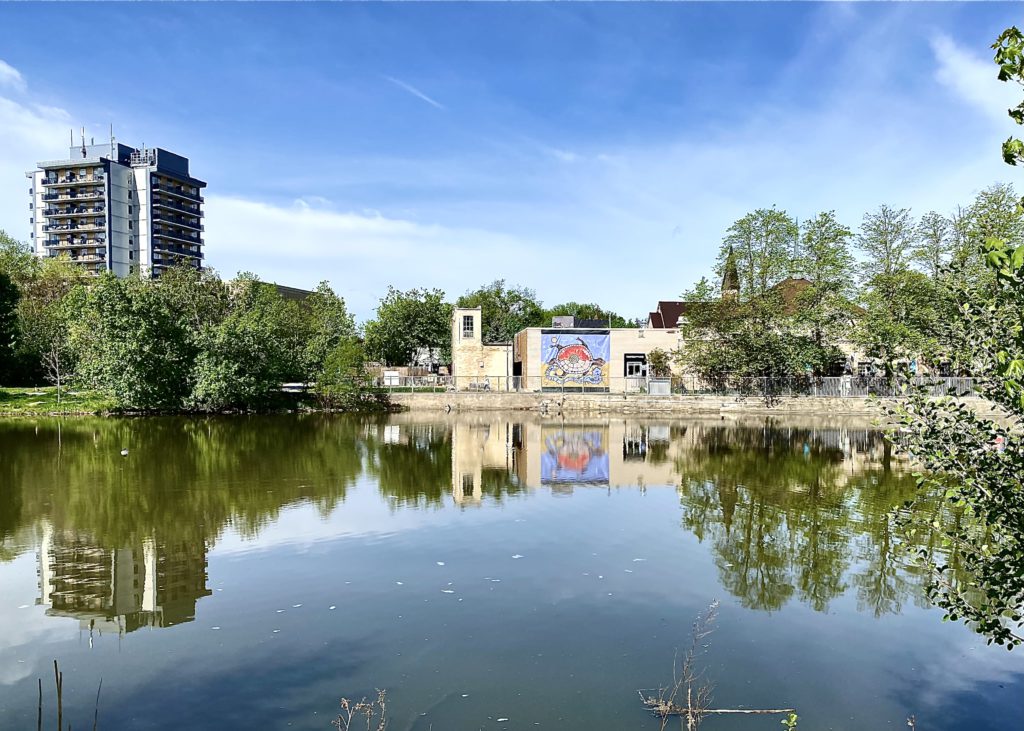 The next day myself, Darryl Erentzen our webmaster, and new to the group, Sara De Cesare, who will be not only creating costumes and helping with “set dec” but also helping us compose our Playbill for print, all met to get those balls rolling. The meeting / slash work session was again just oozing with good vibes and tasks just began to get done, even while we bantered mercilessly in our coffee shop office on Main St. Newmarket. While there, we not only began assembling the info into the 2022 Playbill but also added a contest form to the website in which we are giving away two sets of  full festival passes for two. It’s a simple contest to enter as we simply ask, “According to Playwright Jim Geoghan, who wrote the world’s first ever play?” And to help contestants along, we provide a link to a spot on our website where the answer can be gleaned.

Next up, the rehearsals have begun to get started in earnest and I for one can’t wait to see the final productions on stage! If you haven’t already, you can get your tickets here and / or don’t forget enter the contest and win every day passes to the Newmarket International Festival of One Act Plays for you and a friend!